How to make a harmonic note?… The easiest way is to pluck an open string then just very lightly touch the string directly over the 12th fret. Don’t hold it down. Just gently touch the string then off. The 12th fret on the Ukulele is half way along the string and by touching at the centre point (12th fret) you are disturbing the wave of the string and splitting the wave into 2 which effectively doubles the pitch of the note. You can also get other harmonics notably on the 7th fret which is a 1/3 the length of the string and the 5th fret which is a 1/4 of the string length. These natural harmonics are usually represented on the fretboard of the instrument by a white dot. Here is the simple tab showing the note played individually and then as a harmonic. Try see if you can get these harmonics. 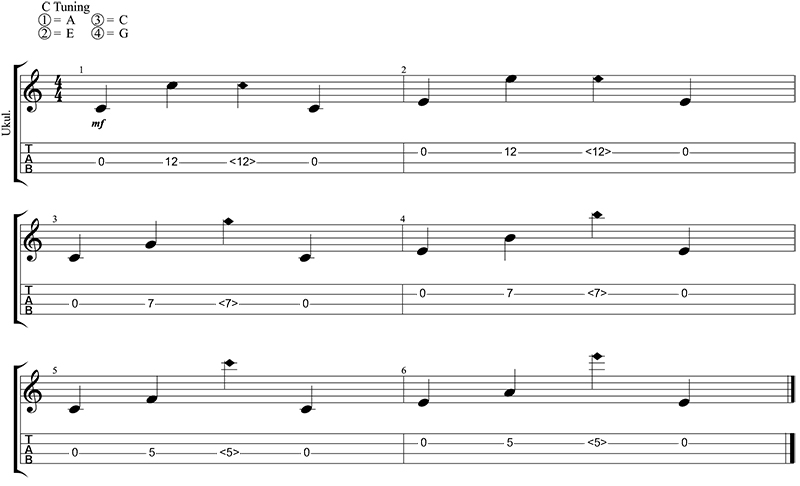 Artificial Harmonics use the same, string splitting, principle but you are not playing an open string you are changing the starting place. As long as you still touch the string 12frets above the starting note you will get the harmonic. 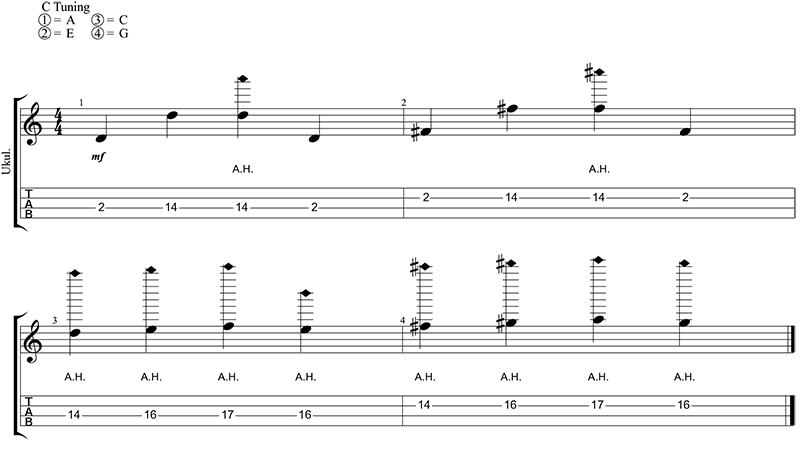 For fun here is a simple tune on 1 string that includes slides and hammer-ons. (think Top gun) Try sliding and hammer-on pull-off as many of the notes as you can.